Choosing your wedding film camera: For the right reasons 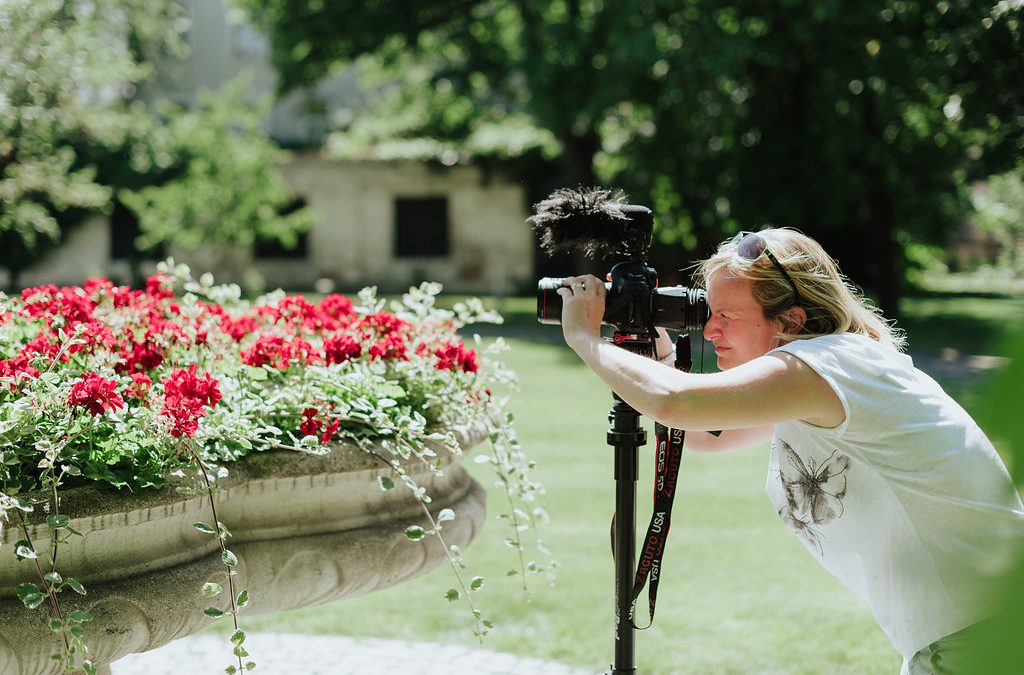 If I had a pound for every time a fellow videographer asked me what wedding film camera I use at weddings… well, you know the rest of this saying.

The thing is. As long as you have solid, proven, broadcast quality cameras giving you the image and look you like, it really doesn’t matter all that much… it really is what you do with them that counts.

I have only ever had a few couples EVER ask me what type of cameras I use. Mostly, they’re asking me because they want to make sure they’re not too big and intrusive on the day.

To be honest I haven’t even been asked by clients if I shoot on 4K yet although I am sure that time will come eventually. I have been asked, on numerous occasions, what cameras I use by other videographers. Either people I am training or just others wanting to ‘upgrade’ and improve their kit and looking for recommendations.

When I made the move to DSLRs, namely the Canons, I could instantly see the difference from my Sony video cameras… the look was much softer and more cinematic. The depth of field was infinitely more satisfying and the end result in my films are more beautiful than they were before. But that’s more to do with what I was doing with the cameras as much as anything else.

I liken this situation to when I started to learn to sail. Another real passion for me but something I haven’t done with much of my weekends taken up my filming weddings.

I was so eager to fit in when I started that I immediately invested in ALL the best gear. Musto and Gill were not good enough for me. I wanted the most up to date modern sailing attire going… and the most fashionable (it was Henry Lloyd back then, if you’re interested). So anyway. Didn’t I look the part when I hopped on board to do my competent crew course and do some racing with some RAF friends of mine. But it wasn’t long before I looked a … swap the r and a around in ‘part’.

I was quickly nicknamed by my fellow sailors as ‘All the gear, no idea’! Now, I did get very, very good at sailing in the end (even if I do say so myself) but by the time I had my Day Skipper qualification all my gorgeous gear had seen better days, so I never got to make the best use of it. In hindsight, I wish I’d invested in the sailing training before investing in my kit.

So… you have perfectly good cameras, but you think buying the latest cameras that are all the rage, and everyone is banging on about, will make you a better filmmaker. It just won’t. And, by the time you’ve got a year’s more filming under your belt then a more sophisticated, updated version will be released and once again you’ll put yourself under pressure to ‘keep up with the Joneses’.

A new camera with all the bells and whistles might have all the bells and whistles but it doesn’t mean that the camera you’re already using is suddenly not performing as it always has for you. Some of my absolute idols in the industry don’t upgrade their kit just because they can. Alejandro Calore from REAL&SHORT and Sharrone Calafiore from Fiore Films both use a Canon camera. Look at their work and decide whether or not it’s up to scratch. No question. They produce some of the best wedding films in the world and they’re well-respected and renowned for their work.

They inspire me to stick with what I have. I learn new things at every wedding and my films evolve with each and every edit. I’ll push my kit to the best of its abilities and I love the results.

When I invest next, I’ll invest in ME, as a videographer. Until then I won’t be moved. Mirrorless cameras for me are not worth the added investment to batteries, cards and new lenses. Not to mention learning to use them. I can of course see some the of the advantages … the fact that if I film in 4K and deliver in HD, I have the advantage to ‘punch in’ on the edit; that using a Sony A7s will give me amazing results in poor light etc etc … But I’ve worked well without these and other enhancements until now without them.  And the move, when I have perfectly good working cameras, is just not worth the investment for me.

So what camera am I using?  A Canon EOS 5D Mark III with a range of macro lenses, I use a SteadiPod for stability in my framing and shots. And, I edit on Apple Final Cut Pro X with an Osiris LUT.

I love the look I achieve from my cameras. The picture profile, Prolost, gives a pretty flat look but it doesn’t need grading. When I look at the back of my camera I can see there and then I am achieving what I want. It’s also liked by my clients who say they love the way my films look exactly how it did on the day… no heavy altering of shots in post-production. Of course, I colour correct and do subtly grade … but mostly it’s all ‘in camera’ and that, for me, is the best workflow.

Sure, when my cameras reach the end of their life I’ll look at the alternative but until something comes along that is a complete game-changer I am sticking with what I know and trust and love. And even when I do upgrade my kit I’ll be sticking with Canon.

Vicki + Hayden // The knitting of two spirits from Story of Your Day.
Story Of Your Day’s biggest commission of 2017 at the Palais Garnier in Paris, filmed on Canon

Finally, I am not telling you which camera to invest in. I’m just suggesting you invest in a camera for the right reasons, that’s all. I am saying that before you invest in new kit, invest in your skills as a videographer, make sure you’re pushing yourself and your current gear to the limit of what you can both achieve as a team. Don’t blame your kit for not achieving the results of other videographers because those you’re comparing yourself with will probably be awesome with whatever cameras they use.

If you want to learn more about what you can do with your kit and how to be the best you can be with what you have, then contact me about this April’s Evolve Retreat Workshop.