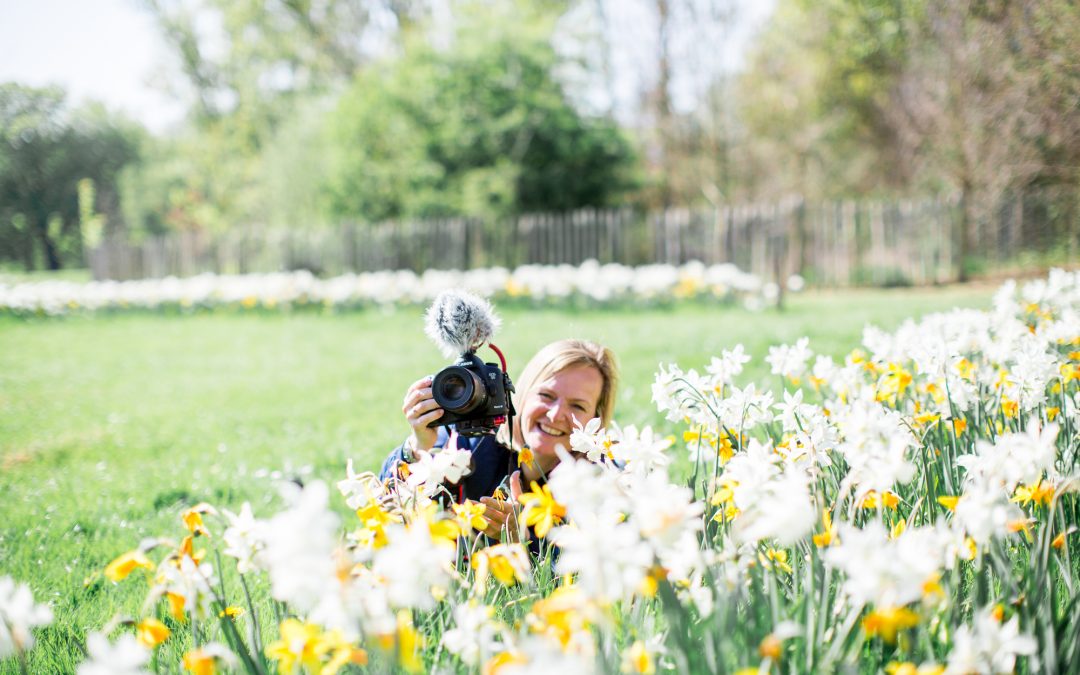 It’s been a week since I launched this – my new training and mentoring website – and already there’s been so much interest from both men and women.

To be honest, I struggled with whether I should acknowledge that Evolve Retreat Workshops are for women only. I have had some male videographers questioning why it isn’t open to everyone.

It’s simple, its inception is the reason I started up my Facebook ‘Female Film Creatives’ Group and why I feel so passionately about helping female/female identifying filmmakers be the best they can be is that I believe woman are undervalued, underrepresented and outnumbered.

I’m not alone and it’s not only at this end of the film industry… it’s everywhere.

But on a positive note, the 2018 Oscars are set to be a historic occasion: Rachel Morrison has received the first nomination for a female cinematographer for her work in Mudbound. It’s been described as a ‘huge step forward for women’.

And, can you believe that since the first Oscars in 1929, only four women have been nominated for the Best Director Academy Award: Lina Wertmuller (Seven Beauties), Jane Campion (The Piano), Sofia Coppola (Lost in Translation) and Kathryn Bigelow (The Hurt Locker).

I am not, in any way, putting myself in the same category as these amazingly talented women. But I am wondering why and how it’s taken so long for women to be recognised and appreciated in this area of expertise.

I have been asking myself many questions about why women aren’t as high profile as male videographers or cinematographers. Is it because women don’t promote themselves as well in the industry? Is that because we’re not as good at selling ourselves as men? Does it just boil down to a lack of confidence? Or are there more things coming into play… perhaps the fact some women photographers and videographers are mothers trying to juggle long hours with childcare might be a hinderance or the fact that they’re more likely to be sharing a full-time job with videography a ‘paid hobby’, more of a dream than a reality?

I recently listened with interest to a BBC Woman’s hour podcast, discussing the role of female photographers in the world… nestled in among its other features on ‘mental health and pregnancy’ and ‘breast reconstruction’. Have a listen. Maybe you’ll agree with me that while a worthwhile topic, the discussion didn’t even ‘touch the sides’ when it comes to addressing the problem in this, a similar career as videography and filmmaking.

But one question I keep coming back to… is this all our own making? I mean, I can only speak for myself here but I chose a career as a TV journalist in a very male-dominated area… sports and business news. Surrounding myself with men who openly resented me encroaching on what they thought were ‘their jobs’ … allowing myself to be disrespected and called ‘Massey’ (my maiden name), as if I was one of the boys. Which in the end I actually felt I had to be.

When I became a Video Journalist in a regional newsroom, women were outnumbered by the male producers. I remember asking one of them who was the best VJ in the newsroom. He promptly replied, “Well ***Male VJ’s name*** is the best of the guys and you are the best of the ‘girls’” I said that I hadn’t asked him that and he coyly replied that I was the VJ he’d trust the most on any story in any situation… now, that wasn’t difficult was it?

“Just the other week I was giving a contributor a lift to a location. There was a female producer and myself in the car and after an hour into the drive the businessman said: “So where is the cameraman then? Is he in a separate car?” I raised my hand slowly and said: “I’m the camera person.”
I had introduced myself as the camera person when we met but even that wasn’t enough, I guess. Anyway when I said it was me, he grabbed my shoulders and physically shook me and said “Good for you!”
Then I had to answer all the standard questions… “I guess it is male dominated”…“Actually there are a few women camera operators now”…“No I don’t find the kit heavy as I carry it every day”…“Yes I do use the ‘big’ cameras”
I think this is just something that I never really get used to but happens all the time… I don’t see myself as any different because I’m female but a lot of people still have some catching up to do I guess.”

Moving swiftly to when I started out in the wedding industry and I joined as many forums and videography Facebook groups I could. While some were very helpful and informative, others were simply full of huge egos and testosterone where one-upmanship seemed the norm and any actual constructive feedback, informative advice or technical help was lacking.

I found myself comparing my work to others all the time and my confidence dropping by the day. In the end I stopped posting, then commenting, then I left many groups as they were a drain on my energy and time.

In the meantime, I’d joined a US Facebook group and, although I felt quite distant from the members in a geographical sense, there was an atmosphere of positivity and the vibes were always good. So, I decided to set up the first British-based female videographer group on Facebook, The Female Film Creatives, and although others have appeared since then I am proud to say mine was the original, has now evolved to cover the whole of Europe and has many, many fantastic members with women videographers and filmmakers from across industries as well as photographers wanting to become videographers.

Not only is this a safe place for female film creatives to show their films, ask for advice and share referrals for work, but it’s also become a community too.

But I still felt that the female videography voice in the wedding industry was pretty distant. So having loved my role at the BBC’s College of Journalism working with up and come video journalists and also feeling great satisfaction training and mentoring female videographers within my high-curated one to one solo sessions I decided it was high time there was the same safe place for female videographers in the shape of a workshop too.

So Evolve Retreats was born… set in the beautiful surrounding of Grindelwald in Switzerland, it’s an intimate workshop over three days, to learn about the ‘Art of Videography and Storytelling’. And, although when there’s more demand I’ll open it up to couple videographer teams, right now it’s just for women.

Evolve Retreat // The Benefits of an all-female workshop

The point is, there ARE loads of workshops in all different formats all over the world…. it’s been the new ‘in thing’ for a while. And, I have attended a few in my past too and some better than others. The ones I got the most out of were those with small groups of attendees but I was generally the only female there. I’ve looked around at what’s on offer this year and there are some great ones with some fabulous inspiration speakers… but that’s just it, they’re about people sitting in a large room being talked at, mostly by men. I could only find a few where there was a female presence and then only if they came part of a couple team – no solo female videographers.

I actually asked one of the organisers of a high-profile event about why there would be no female speakers attending and to my astonishment his reply was: “Women don’t want to hear from women. I’ve asked. They’re inspired by men.” Followed up with: “There’s not really any female talent out there inspiring others anyway.”

I challenge that wholeheartedly. I know some amazingly talented and awe-inspiring female videographers… problem is, they don’t shout loud enough and those people running the events don’t seem to even look for them.

I recently filmed a very high-profile wedding in Paris. It was my most commercially successful film to date and great for my profile… not only did the wedding appear in Tatler but Cosmo did a full feature on me as the videographer and why the planner and the couple chose me. It was shared and re-shared and received thousands of views on Instagram and Facebook… but why were some of the comments underneath my film about what I look like? Flattering though they were, inappropriate at the same time. Here’s a little sneak peek of their wedding to lighten the mood …

Story Of Your Day // Vicki and Hayden Sneak Peek

Remember back in September 2017, Nikon was in the headlines for all the wrong reasons… supposedly not recognising women photographers in its PR campaign to test drive one of its new models… 32 photographers selected to do this and not one woman.

There were many unhappy women in the industry about this decision despite Nikon defending itself by saying that: “Unfortunately, the female photographers we had invited for this meet were unable to attend, and we acknowledge we have not put enough of a focus on this area,”

As a Canon DSLR user I am happy to say that I’ve had a more positive reception from Canon about my work and passion for filming and storytelling. Now invited by the global brand to talk at The Photography Show this March on the education stand.

This for me is not only a great honour, which I am very excited about, but a positive step for ALL women videographers, to be recognised and acknowledged by such a leading brand as Canon.

Join me there or book a chat to discuss your training needs here.